The ESPs’mini-grids typically operate is landed (the many ESPs are not interconnected and every one manages their own small electrical distribution network). The diesel generators often operate at low-efficiency, part-load conditions due to the changing electrical demand coupled with low local technical know-how, the fully burdened cost of fuel for the ESPs is between $0.7- $0.9/L.
The electric service provider companies have got most of loses in their networks where it characterized by poor servicing, inefficient production, and aging generation multi pole distributions across the sides of the roads and even the town areas and idle capacity and of human capital, the Power losses are estimated in between 35% and 40%, far from the 10% to 12% international target, according to World Bank study.

Somaliland never had any type of conventional large-scale power plants and national grids either and neither city grids. 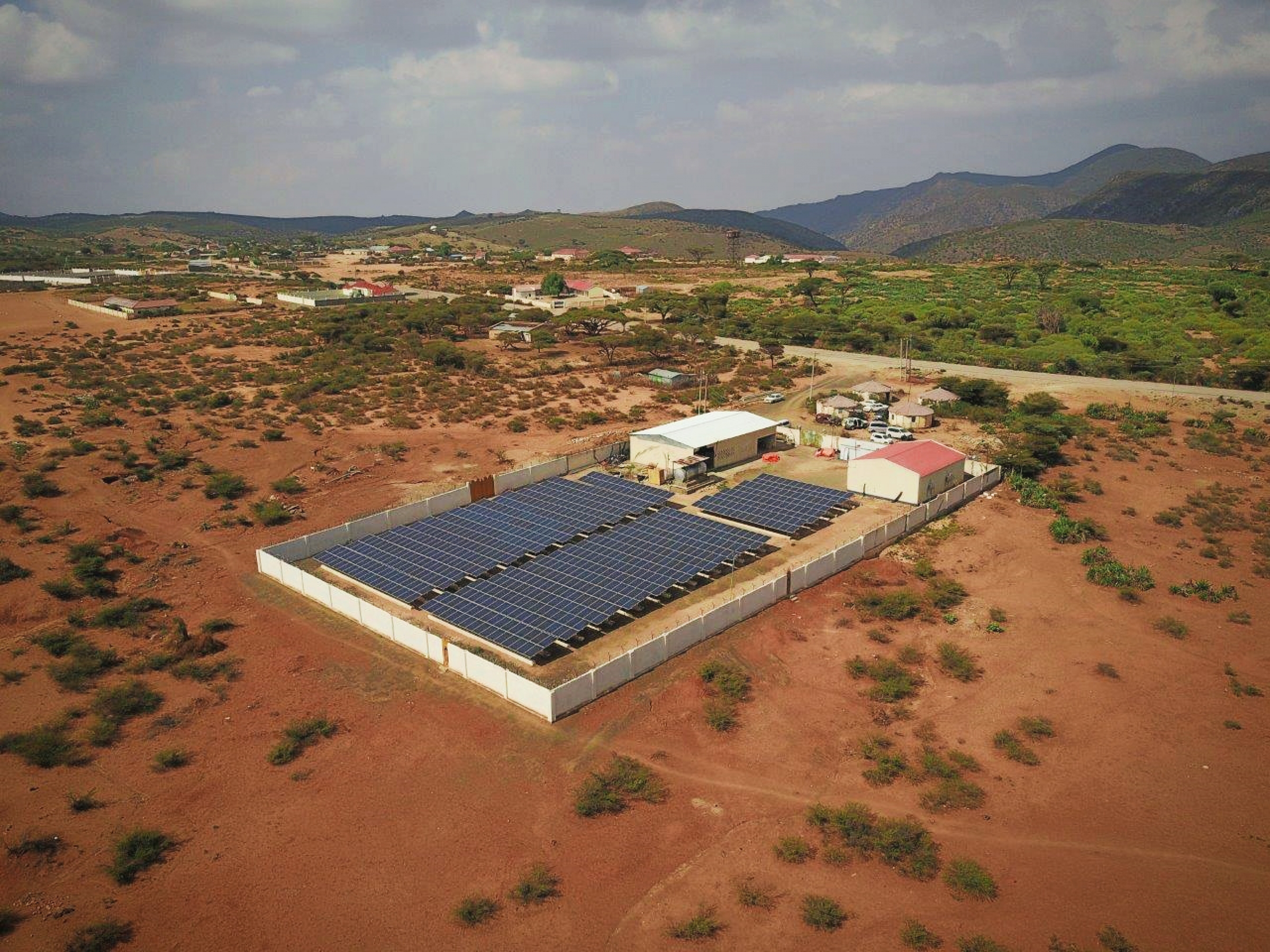 Energy
The Somaliland energy is completely dominated by locally available charcoal and firewood as the main sources of energy, and the consequent, near-term destruction of the vegetative cover is the most important energy and environmental problem facing the country.

In part, the dominance of biomass is due to the impossibility of large-scale imports of energy, It estimates of the energy needs met through firewood and charcoal vary between 70% and 85% over the whole country, where mostly dependent communities are rural urban villages and remote areas.

As a consequence of the excessive reliance on biomass (in the form of firewood and charcoal) as a source of energy, biomass resources are being exhausted.

The majority of Somaliland's population, perhaps 85% to 90%, relies on traditional biomass fuels, wood and charcoal, for cooking and other usage of energy.

Electricity is only available in urban centers and“is almost exclusively produced from imported diesel”. Diesel-powered generators are generally available throughout Somaliland's urban centers. This causes extreme price fluctuations to its customers as oil prices depend on the worlds fluctuating oil market prices.

Wave and Tidal Power, Somaliland’s long coastline with regular tidal and wave patterns is another significant natural resource that has the potential to contribute greatly towards this country’s energy needs. However, there are limitations in the technologies available to harness this locally abundant energy source. Currently, technological investments internationally are only in their very early stages of development (primarily UK and USA), and because they are relatively new, infrastructure and maintenance costs are high. As a result of these cost limitations it is unlikely that wave and tidal power will be a viable option for Somaliland in the short-term but research and capacity opportunities should be invested in during the NDPII period to lay a foundation for potential future investment.

Wind Energy, Somaliland has excellent wind resources. Along its 850km coastline, wind speeds regularly exceed 7-9meters per second. Recent estimates suggest that 50% of Somaliland’s geographical area has regular wind speeds suitable for electricity energy production, over 6 meters per second, at a cost that is competitive with the electricity generated from a diesel power plant. An even larger proportion of area in Somaliland has wind speeds high enough to displace current power sources for water pumping and rural electrification at over 5 meters per second.  This provides a huge opportunity for Somaliland to exploit its wind power resources through increased investment in wind turbine infrastructure which can be installed quickly; has no fuel costs; is low in maintenance cost and has a very quick payback period.

Solar Power, The sun exposure as a solar energy resource in Somaliland is almost uniform with only minor seasonal variations. Somaliland has approximately 3,000 hours of reliably clear and consistently sunshine annually, with a minimum of 8 to 8.5 hours of sunshine per day, with specific solar irradiance at ground level of 1 kW per meter square.

This translates into a vast solar energy resource to be potentially tapped, estimated by Somaliland’s MoEM to be as high as 5.8 to 6.0 kWh meter square per day.  As a natural and clean resource, solar energy provides an opportunity, if given the appropriate levels of cost effective and direct investment, to potentially generate ample and sustainable levels of electricity for a number of communities and small businesses across Somaliland.